A “Hat trick” with one client?

A few years ago I was lucky enough to have one perfect work day. On the same day I delivered a Rich Picture artwork to a client I received payment for the one I'd delivered a month earlier and that afternoon a new commission fell into my lap. As any freelancers out there will recognise this is a highly unlikely event. I have gone one better… 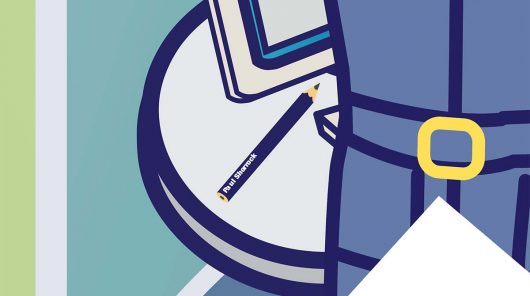 It would be great if freelance life always progressed so smoothly, in-tray and out-tray in lock step and cashflow as regular as a salary. I chuckled inwardly and wondered if there was a suitable name to give this rare phenomenon. Was it akin to a “McNab”, the Scottish challenge to shoot a Red Deer, a Grouse and catch an Atlantic Salmon on the same day? A “Hat trick” is better known and suggests three similar events occurring together with no animals harmed so I’m going with that but I thought it so rare a phenomenon that it wasn’t worth giving a name.

However, just recently, I have improved on this feat. This summer I was paid for a Rich Picture, delivered a second and had a video conference meeting to start a third Rich Picture all on the same day and for the same client! A golden hat-trick? Such is the nature of the work for a consortium of tech and aerospace household names that I cannot show the pictures and my client prefers not to be named. Above is a tiny detail of the first one. The pencil I use as a watermark is hardly visible to the naked eye in the A3 sized original. “Same client” is possibly misleading as the bid teams were on two different continents and independent of each other but all under a single prime aerospace client whose name you would be familiar with. The second two came off the back of the initial job, showing the value of “word-of-mouth” recommendations.

It’s always a bit frustrating to have completed a great piece of work and not be able to show it off but that’s the nature of the world I work in. Occasionally I manage to extract a bit of written feedback that I am allowed to share and here below is one such Linkedin recommendation in suitably guarded language.

“Paul recently created a highly-effective and engaging Rich Picture in support of a complex government bid. By using a relaxed conversational style to put both technical experts and business leaders at ease, Paul rapidly gained sufficient understanding of the solution and made the process of creating the Rich Picture both effective and enjoyable. The outcome was a highly logical Rich Picture on a single A3 page, encompassing all of the lifecycle, longevity and prosperity aspects of the solution.”

Strafford is MD for a company that specialise in assisting organisations bid for large contracts. I hope to work with him again. In spite of the size and complexity of the subject it was a very relaxed and fun process with many laughs along the way.