“Nobody ever got fired for commissioning a Rich Picture”

It's a whiskery old corporate cliché from the 1970's first used in relation to "buying IBM" but is it also true about hiring a Rich Picture Artist to help get a grip on complexity in these rapidly changing and cash-strapped times? 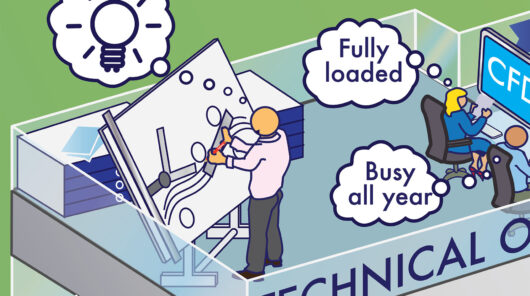 Rich Pictures have many uses. They are a great way to explain complex issues to a wide audience. They are excellent for outlining a bid for new business, for defining and spreading a leader’s vision or for getting team buy-in for organisational and cultural change. They are also great sandboxes for refining and validating plans with next to no risk. I have delivered approximately ninety Rich Picture projects in the last few years and the outputs range from successful to very successful! It’s such a robust and flexible process that it’s almost impossible to derail. With everyone pushing in the same direction for the best possible outcome and with full client-oversight throughout the process it takes something as catastrophic as a collapse of the client organisation (as happened with Metronet in 2007) to prevent a Rich Picture reaching a satisfactory conclusion. That’s not to say all projects happen at the same speed, or arrive at the end state with the same amount of effort. Some clients churn through the iterations with military efficiency and the job is done in a couple of weeks. A month is a more typical timeframe and some projects drag on for several months if the client so desires. In each case my own input generally comes in around ten to twelve billable days or about £5,000 to £6,000. So a Rich Picture isn’t as cheap as a PowerPoint deck but it won’t break the bank. 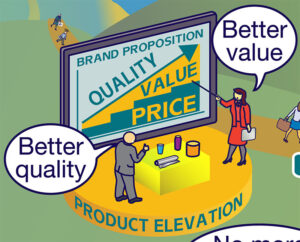 What it might do is give a boost to the careers of those involved. I have done various Rich Pictures for clients where somebody relatively junior around the table has been given the reigns to steer a Rich Picture project and when I have returned for some repeat business a year or so later the standing of that person has risen considerably. Perhaps there are contrary examples where somebody was asked to find pastures-new afterwards but news of it has never reached me! 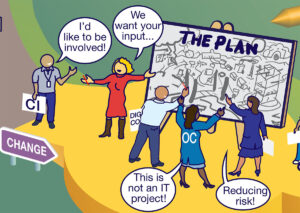 Be part of the process

It’s an inevitable part of the process that individuals have to interface with people within their organisations they wouldn’t ordinarily meet. They get to try new ideas and ways of thinking that weren’t necessarily their favourite style. Kicking around visual-metaphors with an Artist on one hand and a Chief Financial Officer on the other can be a lot of fun, even for someone who identifies as “not a visual person”. I often find people who say that sort of thing speak in visual metaphors (“we are swimming in treacle” “hand-cranking reports is back breaking work” “we pull rabbits out of hats”) it’s just that they draw them with words not pictures. It’s my job to draw the treacle, rabbits, hats and a thousand other things. If you can think it, I can draw it.

Turning off the “treacle”

The Rich Picture process is a safe and inclusive space where ideas can be garnered from the top desk to the shop floor. Hard data, real numbers and mission statements can sit alongside “soft-stuff” like how it feels to be a stakeholder, career pathways, future hopes and fears. The viewpoints of Boomers, Gen Y and all points in between can be included. The way the younger generations take in information is increasingly visual. A Rich Picture can speak their language. 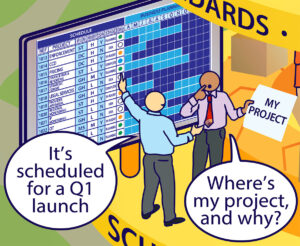 My clients range from national retailers, World-beating sports teams, engineering giants, the NHS, care organisations, academics, manufacturing, transport, defence and government. To add your organisation to this list of winners just drop me a line. What’s stopping you? 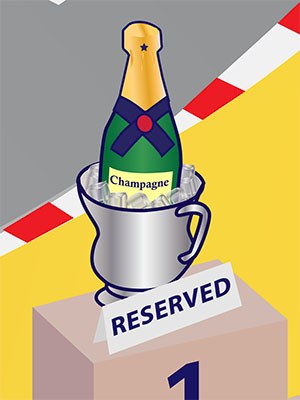